Joan an I had our own sets of puppets and very different acts, however occasionally we all appeared together, particularly in cabaret.

One of the family's favourite sayings is that "Ann closed every variety theatre in Britain" This is an exaggeration, but I was in good company with stars like Morecambe and Wise, Max Miller and Hylda Baker. At Hulme Hippodrome the press said that "Morecambe and Wise had the humour of overgrown schoolboys" However they were one of few acts that were able to adapt quite easily to the very different medium of television.

The world of variety had a tradition of its own. Band calls were on Mondays and in the late 50s there would be at least a dozen band parts which Ron had arranged. I remember there were three trumpets and alto-saxes and violins in the midsixties. Later on you would be lucky if there were three or four musicians in the orchestra pit.

We travelled on Sundays, usually by way of Crewe, and swapped the names of reliable theatrical digs. There was always a particular camaraderie between variety artistes. 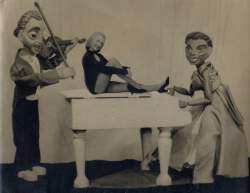 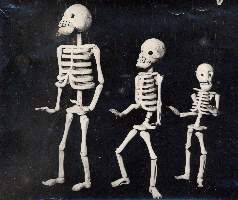